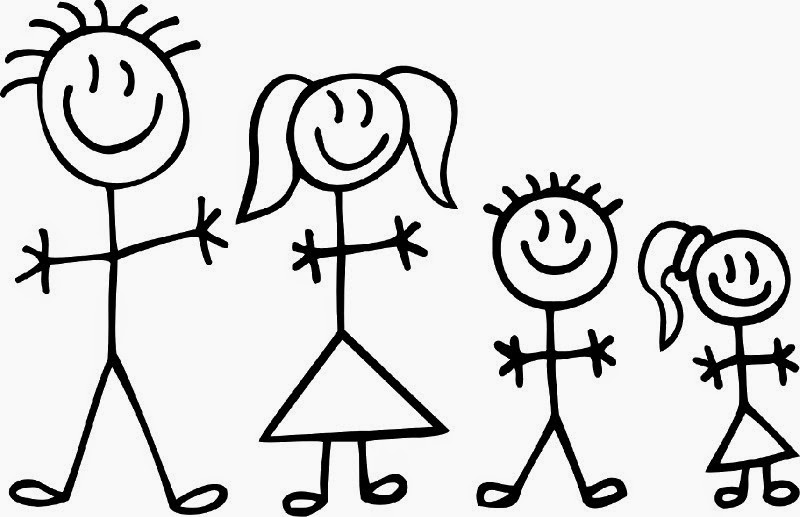 There's an argument that occasionally surfaces in the Scottish independence debate which has been annoying me for a while.  Namely that if Scotland was no longer part of the UK, then somehow families would be driven apart.  Nick Clegg touched upon it again today, with this article in (ironically enough) the Independent.


"For centuries we have crossed each other's borders, married each other, raised families together. What Scot doesn't have any English, Welsh or Northern Irish in their family tree?  ...  I believe the bonds that bring us together are stronger than the forces that would tear us apart."

There was also that well-meaning open letter from celebrities earlier this month, which talked about the "Bonds of Citizenship" we'd be breaking, and ultimately served only to illustrate how completely out-of-touch they really are.  Then there's sentimental opinion pieces like this one, again harmless enough, you might think.  I could go on, but I'm sure you all know how Google works.

So, why does it irritate me?

A couple of reasons:

Firstly, it's the pernicious undercurrent of xenophobia.  The argument is, in essence, that family members might end up a different country (!)

Well, so fucking what?  My sister left Scotland years ago and now she's living in Australia with a New Zealand passport (long story).  None of that diminishes our relationship in any way whatsoever; she will always be my Big Sister, that's how family works.

My wife is Japanese, my two wee boys have dual nationality, and my daughter has British+Japanese+American.  Is anyone seriously suggesting that our family is in any way diminished because we've got a bunch of different passports?

But what really makes my blood boil is this: the coalition government changed the rules about immigration, in a way which actively ripped families apart.  There was no debate in parliament about it, Theresa May just went ahead and changed the rules.

The story of what's happening to Philip Malloy has a particular resonance for me because we're so alike in many ways, but there are countless other examples.

Well, to be fair, there was some debate, but it was after the fact and nothing resulted from it because the Home Secretary can do whatever the hell they like.  Maybe if there was, I dunno, some form of written Constitution which defined the role of government and limited their power, then they might not be able to get away with stuff like this, but that's another blog post.

So, do you want to know who'd be Better Together?

How about husbands and wives, parents and children?

Vote for independence and this will stop.